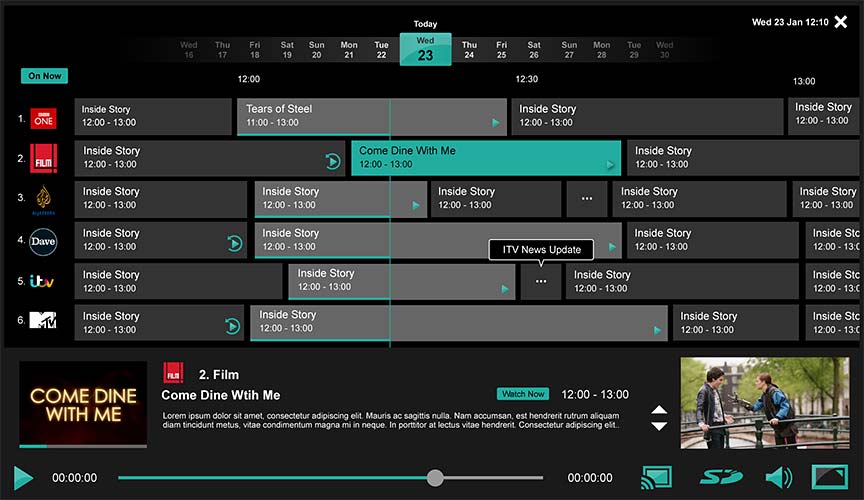 Sintec Media, founded in 2000, employs more than 1,300 people in 14 offices around the world and processes more than $40 billion annually in ad money for some of the world’s most prominent brands, including NBC Universal and ABC. They play a pivotal role in the way advertising is bought, sold and managed across the television industry. We designed and built an EPG (Electronic Program Guide) for them that would be used on the web and on set-top boxes. It was built in Flash and Flex, using the Robotlegs framework and OSMF video. This involved a lot of detailed UX design and programming work. The EPG allowed users to watch live streaming, catch-up and VOD video, find out individual program information and create and save playlists. The interface pulled data from a custom in-house REST backend.